In honor of the season, let’s step away from superheroes and journey to a house where murder, magic, and mind games wait behind each locked door. Welcome to Keyhouse. Welcome to Lovecraft. Hope you survive the experience.

The first volume of Locke & Key is an interesting beast, because it serves as both prologue and epilogue. The prologue-y portions focus on establishing the series’s main characters, including the titular Lockes, while the epilogue-y portions tease an intricate and intriguing backstory that neither we nor the Locke children are entirely privy to.

Now, most series spend part of their first volume establishing characters. But Locke & Key‘s unique start gives it license to spend more time than most on character development. A particularly brutal inciting incident leaves the family Locke shaken to its very core and, in hopes of putting some distance between themselves and that event, Tyler, Kinsey, Bode, and their mother Nina head east to re-group at Keyhouse, their ancestral home in Lovecraft, Massachusetts. 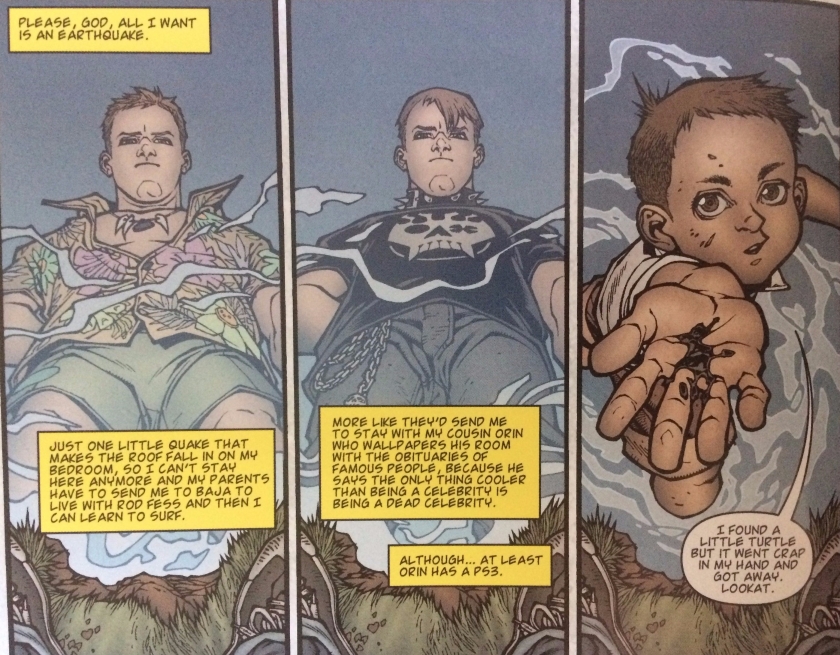 This is not the inciting incident I was talking about (obviously). Gonna spoil it soon though, so get ready.

Quote-unquote normal teenagers already spend a majority of their time questioning their identity. Asking themselves if they’re making the right choices, if they’re cool enough, if they like the person they’re becoming.  There’re multiple bits in Locke & Key’s first volume where Tyler, the eldest Locke child, questions who he is and what he’s becoming. First, before his father is murdered (yeah, that’s the inciting incident) and then more seriously afterward. Joe Hill and Gabriel Rodriguez (author and artist, respectively) break several of these teenage contemplations into three-panel layouts, where Tyler sees himself first as one thing, and then another, and then another. The movement, across images and across time, is incredibly effective and highlights one of Locke & Key‘s main themes: people are not one thing. 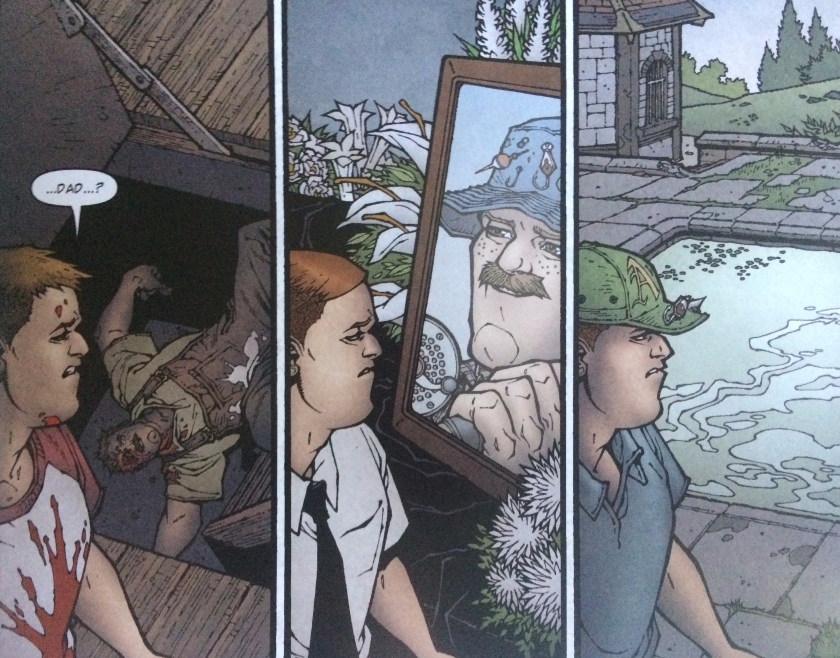 Victim, mourner, survivor, but more than that.

Each Locke child deals with Wendell Locke’s death in a different way. Tyler punishes himself with physical labor and even briefly considers suicide, because he feels he contributed to his father’s murder. Kinsey initially withdraws from both herself and her new surroundings, before finally attempting to embrace her own identity again.

But Bode…Bode does what Bode does best. He gets in trouble. He explores. And in doing so, he sets Locke & Key‘s larger story in motion. 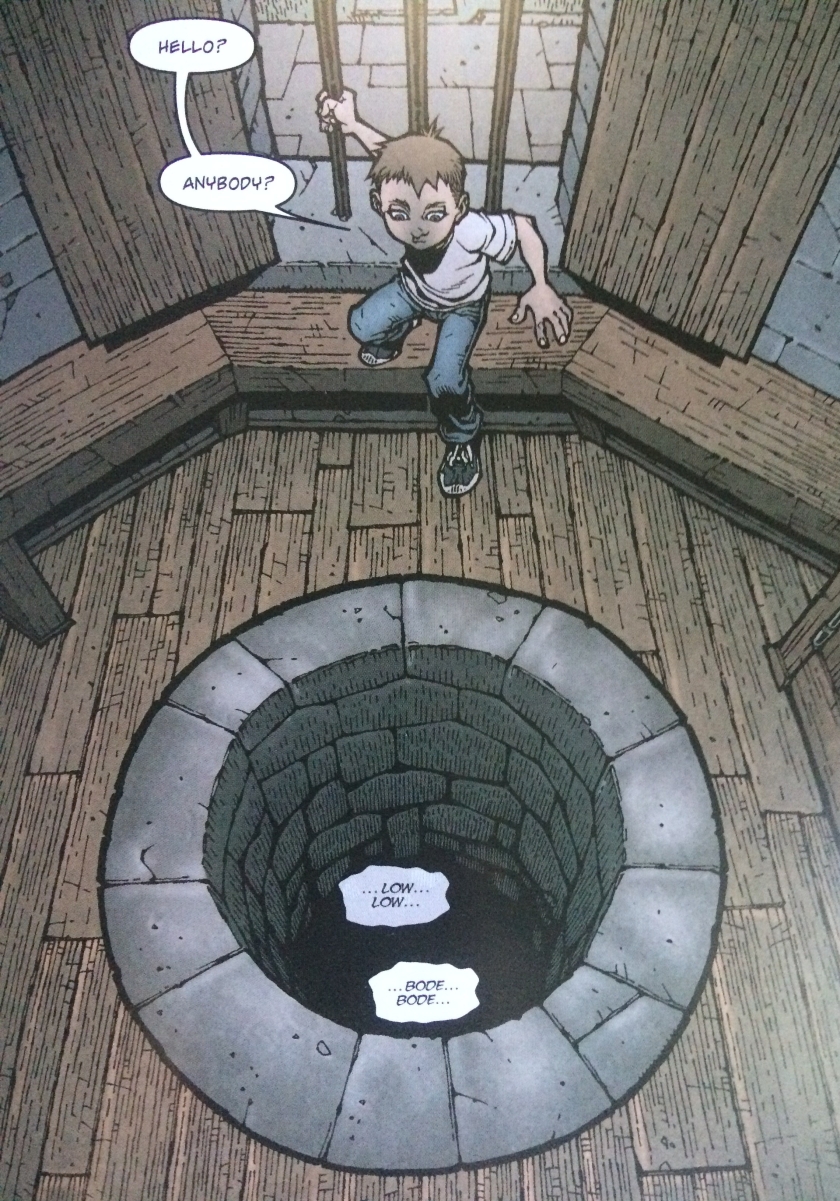 It’s the lettering switcheroo on that second echo that really gets you.

While his older siblings hold themselves together, Bode begins exploring both Keyhouse and the surrounding grounds. He finds not only a magic key that allows users to walk through doorways and become a ghost, but also a mysterious, magical woman trapped in the house’s well. This woman says she’s simply an echo of those who come to visit her, and that she’s echoed Bode’s father in the past.

But she’s actually much, much more. 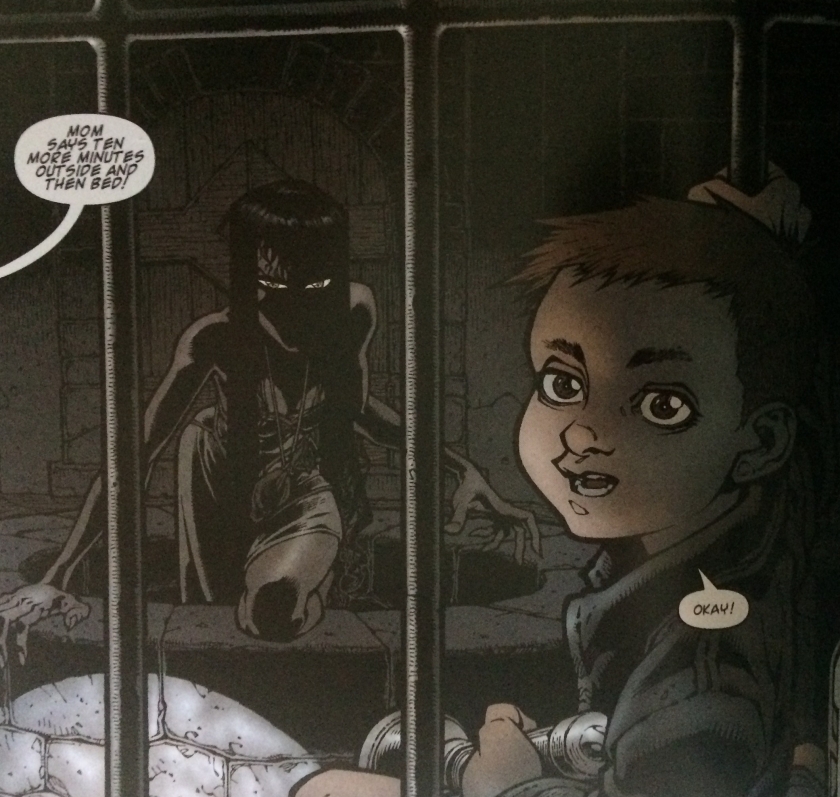 Including not trapped in the well.

It’s at this point that Locke & Key switches from table-setting to forward motion, using its last two chapters to put the Locke family in peril once again, clue more characters in to the magic and mystery around them, and move several last key players back on or off the stage. 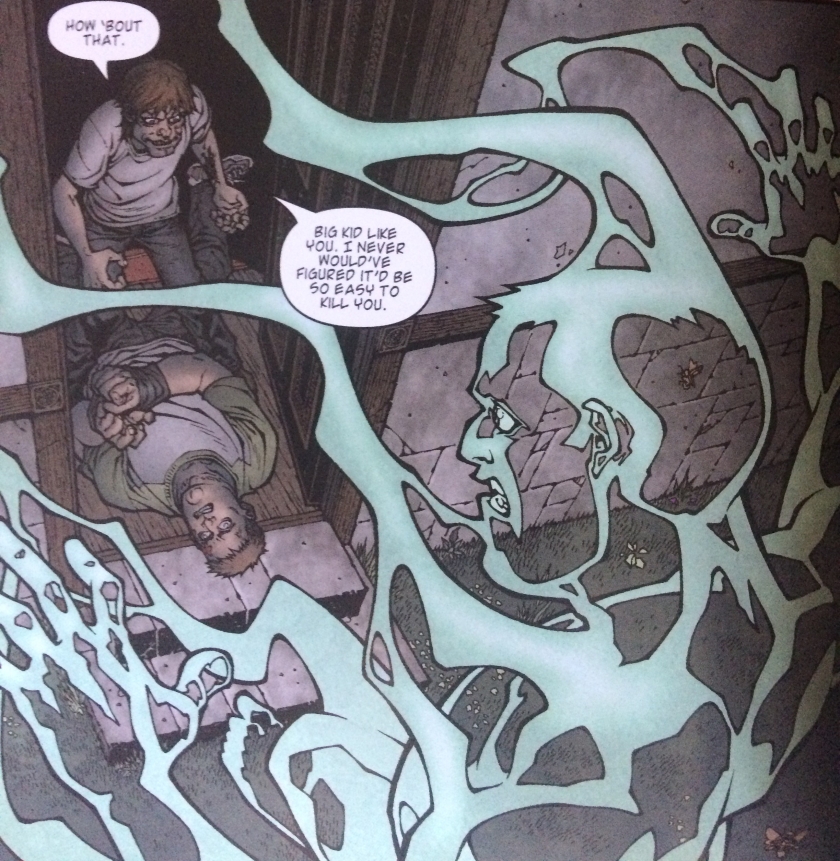 An especially impactful way to figure out your little brother’s not lying about becoming a ghost.

What the last bits of Locke & Key absolutely excel at, however, is teasing both what’s come before and what’s about to come next. We see hints of a mythology that stretches back far further than just Wendell Locke, and we’re quickly introduced to more keys that allow the user to swap genders or travel anywhere in the world. One key in particular, the Omega Key, is referenced but never seen in this first volume, and it’s hinted that this key is potentially more important, and more dangerous, than the others.

While these additional keys are intriguing, the real reveals, and the most tantalizing bits of information, are doled out by the woman in the well. This woman, who transforms into a boy named Zack before story’s end, knew Wendell Locke, knows about the keys, and knows Kinsey’s gym coach. There are not only more keys hidden in Keyhouse, but a secret history that will show Wendell Locke’s children that not even their father was just one thing. 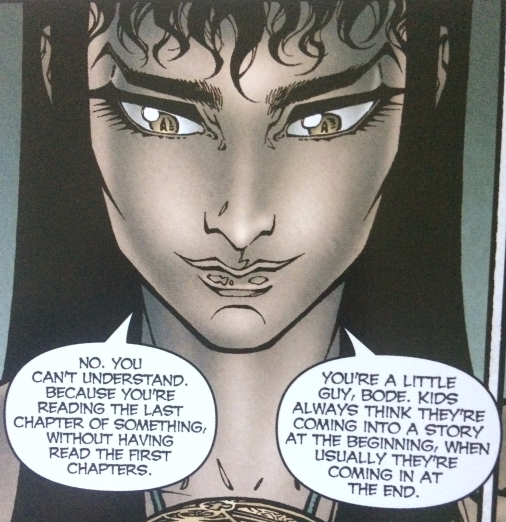 Learning your parents had lives before you is a large part of Locke & Key.

This first volume of Locke & Key is a slow burn, but it never drags and it’s worth the time it asks you to spend with it. It’s methodical in the way the best psychological thrillers are, building characters up and then tearing them down and asking even more of them. By volume’s end, each main character has shifted significantly, protagonist and antagonist alike, and the stage is set for our heroes to begin unlocking the many mysteries of Keyhouse. 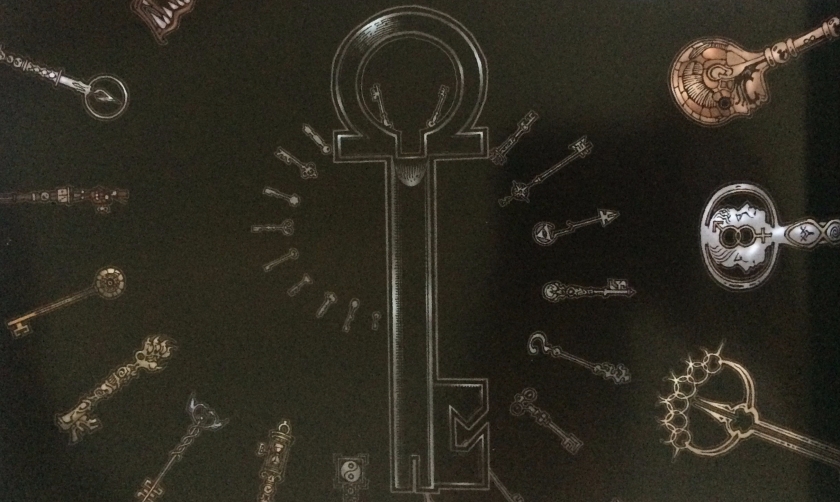