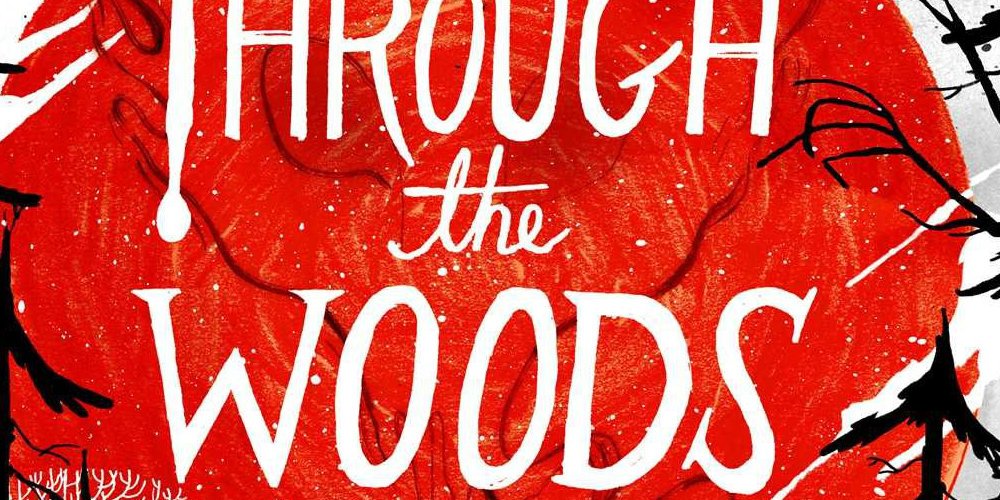 The best horror comics create a feeling of anticipation. A slow, building sense of unease that you know will eventually amount to something terrible. In the next panel, on the next page, the BAD THING is going to happen. And when it does, it will be horrific, but also cathartic. You’ll finally be released from your feeling of dread. You’ll be able to stop turning the pages, imagining what is about to happen, because there will be a settled conclusion. Horror done is less horrific than horror still to come.

The wolf is all around you. He is in the mountains and in the lake and everywhere. But he is not HERE yet.

I love Emily Carroll’s “In Conclusion,” the last story in her collection Through the Woods

, precisely because it turns this established, and comfortable, horror dynamic on its head. The 10-page story may sound familiar to you. A girl in a red cloak goes walking through the forest. Her father warns her of wolves. As the day grows dark, wolves appear in the shapes of the mountains and surrounding landscape. The comic’s visuals suggest a wolf will appear at any moment.

But instead, with the turn of the page, the girl arrives safely at her mother’s house. She tucks herself into bed. The story is seemingly over, with no horror to be seen.

But the story isn’t over. In fact, it will never end. 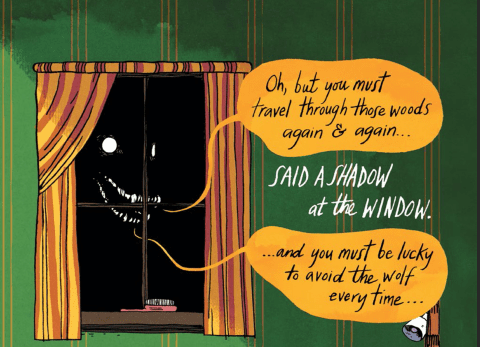 That feeling of anticipation and dread? The one where you know the BAD THING is still out there watching and waiting? “In Conclusion” leaves you with that feeling. Because the horror isn’t done by “In Conclusion”‘s end.

It’s still waiting out there, somewhere in the future, a near certainty that may never and yet will always arrive.

“In Conclusion” is probably my favorite of Carroll’s stories (I’m a sucker for something short that I can re-read over and over again), but all of her stories are great, making incredible use of color, lettering, and pacing. In addition to Through the Woods, you can check out more Carroll stories at emcarroll.com (which is where my wife originally found them and directed me to). The web stories use page-clicks, mouse-overs, vertical scrolling, and other tricks to pull off unique storytelling that would be impossible in print. In particular, be sure to check out “When the Darkness Presses,” “Margot’s Room,” and “The 3 Snake Leaves.”