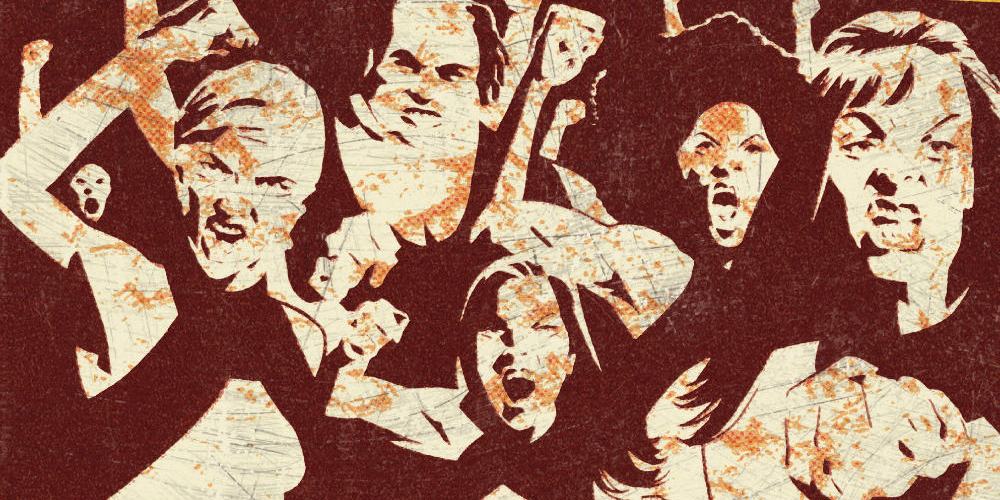 Like a number of others, I learned what “incels” are the other month, and it depressed the hell out of me.

Nothing my gender does should surprise me anymore. But somehow, the thoughtlessness and cruelty of men’s actions still shocks. If you too are depressed that The New York Times published an article asking, essentially, “But what if sexually-entitled male asshats have a point?”, and you want to fight back by reading something that refutes the patriarchy … well, you should pick up Bitch Planet.

Bitch Planet won’t cheer you up, per se, but it’ll give you hope that there are writers and artists out there pushing better ideas (and more thorough examinations of those ideas) than “The Redistribution of Sex,” ideas that are more true to who we should be both as a society and individuals. In the pages, women are repressed to the point that Father Earth (yes, in Bitch Planet, the patriarchy has co-opted even that) can cast them out for minor “sins,” exiling them to a space prison known as Bitch Planet. It’s there that the story starts, as a number of those cast out pull together to begin toppling the fucked-up patriarchy that rules planet Earth.

But while Bitch Planet has a larger arc, it’s the quieter moments and issues that mean the most. One of my favorite issues, “The Secret Origin of Penny Rolle,” is a done-in-one story that shows how the eponymous Penny ended up on Bitch Planet, due to a combination of personal and societal factors.

Make no mistake, the societal factors do the heavy lifting. The Bitch Planet patriarchy took Penny’s mother from her and forced her into a system where she is supposed to “behave.” There are people who would accept that system and that life and say that it is good enough. That there’s no reason to be angry as long as you get to live “free” each day.

But Penny sees the invisible chains around her and can’t help but want to break them. Because for Penny Rolle, living within a shitty system isn’t good enough. 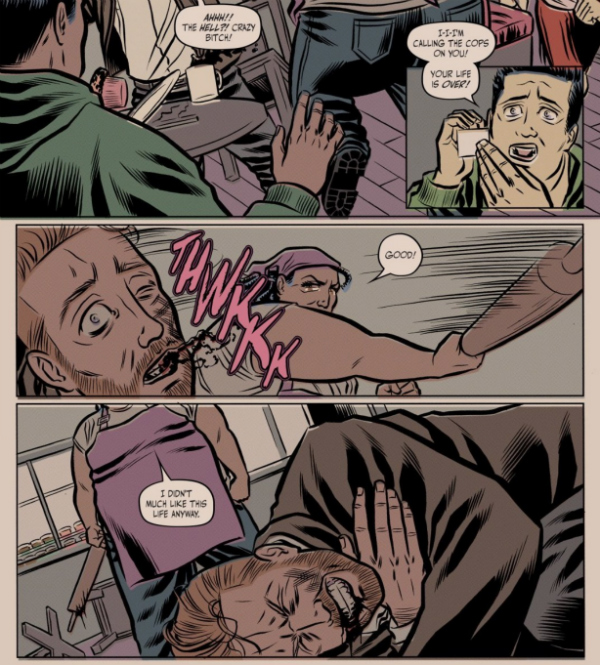 For all of us, living within a shitty system shouldn’t be good enough. Which is why it’s worth thinking about where our society is now and where we could go. It’s worth thinking about how we treat each other as individuals and as groups, on both a person-by-person basis and within the systems we create. It’s worth thinking about the good things we’ve done and how we can expand on them, and the bad things we still do and how we can get rid of them. Bitch Planet asks you to think about all that and more while being entertaining-as-hell to boot. It’s hard to balance action, humor, entertainment, and societal commentary all at once, but Bitch Planet pulls it off.

It’s infuriating to think of our society regressing toward something that more resembles Bitch Planet than the society we have now. Because that’s the real trick Bitch Planet pulls: its world is close enough to our own that the protagonists’ struggles resonate, the jokes are bittersweet because they’re not just jokes, they’re truths. But the world of Bitch Planet is moving forward and, hopefully, ours will continue to as well. After reading those essays above, I turned to Bitch Planet not because it examines our society’s flaws, but because it shows a group of like-minded people banding together in an attempt to change things for the better. I have no idea whether they’ll succeed, or even whether the system they put in place will be any better. But I’m heartened by the struggle; I’m heartened by the attempt.